Recently someone on a message board was advocating that we respond to the decline in native plants by planting more non-native plants. The issue in question was having fewer nectar sources for butterflies due to habitat destruction and development of wild lands into subdivisions, shopping areas and commercial real estate.

This is not the first time that I've seen someone advocate using non-native plants specifically because there are fewer native nectar sources than before. It implies a “we can make nature better” mindset.

One cannot focus only on nectar plants - nectar is only used by the adults. The needs of the larvae are completely different from the adults. By advocating that non-native plants be used for nectar instead of the nectar-producing natives that disappeared, this person is saying that some butterflies and moths are more worthy than others.


You see, the rest of the native Lepidoptera (butterflies and moths) in North America have similar relationships with their own host plants just like monarchs and milkweed and they need those plants to be available as well. Goldenrod (Solidago spp.) is a top native late summer nectar plant and host to well over 100 different species of butterflies and moths. Here is a short list of some of those special relationships:

There are some species that have evolved relationships with more than one host such as the Painted Lady (Vanessa cardui) and Common Buckeye (Junonia coenia). Those butterflies have choices, but still they are hosting on native plants, not crape myrtle, not ligustrum, not forsythia or knock-out roses and definitely not on butterfly bush (Buddleja).


"What about Black Swallowtail butterflies?", you say. They lay their eggs on parsley and fennel, two non-native herbs that are frequently used in "butterfly" gardens. The scientific answer is that both parsley and fennel are in the Apiaceae family which is the same family that contains the native host plants for this butterfly. These same butterflies would naturally host on plants like golden Alexander (Zizia aurea) and any species of Angelica as well as many other native members of the Apiaceae family. Black Swallowtails benefit from this close chemical similarity in plants.

For the vast majority of Lepidoptera, however, when you choose to use non-native plants for nectar, you are depriving another Lepidoptera of its host plant. I’m not suggesting this is always a big deal, especially when done in moderation and in consideration of 3 things: quantity, quality and invasive tendencies: 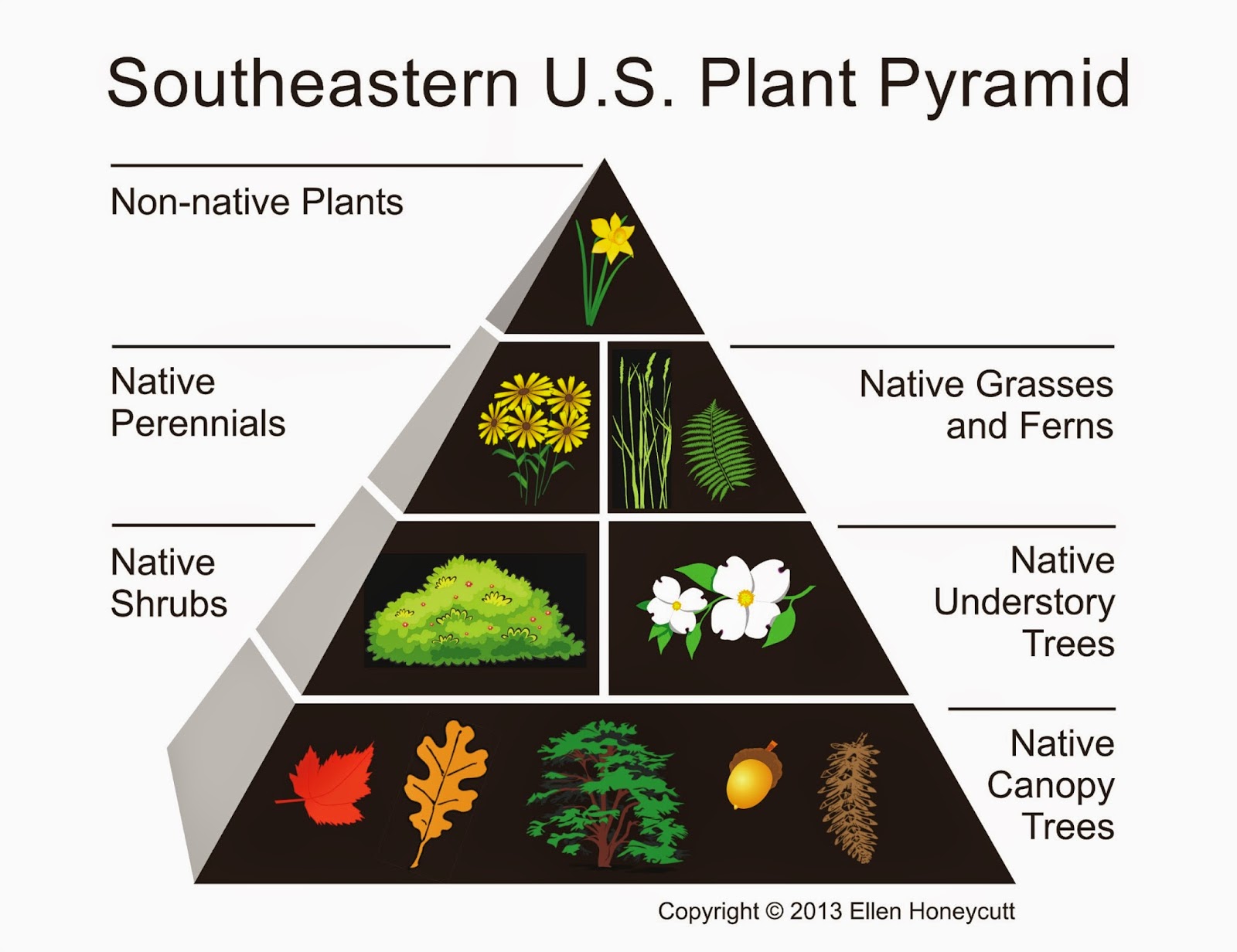 I will plant a few non-native nectar sources this year, but I'll be mindful of those 3 considerations when I make my choices. We can help some butterflies without hurting others if we make informed choices.

Nature has already set these relationships between plants and Lepidoptera. We can't change them and we can't make nature "better." We can understand them and we can help to keep them going. That's why we have the big brains.
Posted by Ellen Honeycutt at 8:00 AM